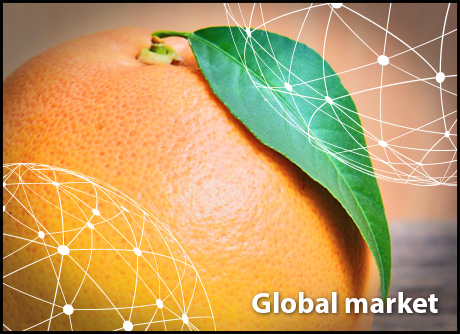 The situation on the European orange market is mainly dominated by the massive Spanish production. Prices are low, the demand is limited and there is a lot of competition from Egypt and Turkey. Despite the import duties, China continues to import US fruit, while growers in California are eager to find out how much of an impact the many rains will have on the harvest.

Spain: Fruit left unharvested
The low orange prices have resulted in a lot of Spanish fruit being left unharvested. The volumes are around 23% higher than last year and the sizes are generally smaller. This, combined with the greater competition from countries such as Egypt and Turkey, has led to prices not being profitable.

At the moment, there is no demand for varieties such as the Late and Lane Late, as there is an oversupply on the European market. Sales have ground to a halt. Traders are now focusing on varieties such as the Powel, Barsfield and Midnight. The harvest starts in May, when the Egyptian and Turkish oranges are no longer present on the European market. Depending on the quality, the prices of these varieties in Andalusia amount to around 16 cents per kilo, and around 18 to 24 cents in the region of Valencia. Only the largest brands manage to sell their oranges while making a profit. According to some traders, most retailers prefer the prices of Egyptian and Turkish oranges, although they acknowledge the better quality of Spanish oranges. “Given the disappointing results, a lot of small growers are giving up. Medium-sized growers will also be greatly threatened in the coming seasons.” 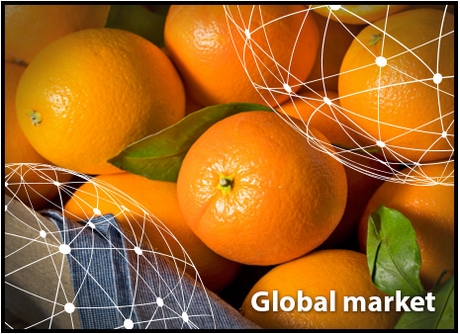 Italy: Fewer Sicilian blood oranges available
The harvest of Sicilian blood oranges has been drastically reduced, partly due to the floods of October and November 2018. “The market for the Sicilian Tarocco goes its own way,” explains an export manager. “This year, the limited volumes on the shelves and the abundant presence of cheap Spanish products on the European market have had a great influence on consumer choices.”

Competition has been particularly strong in the United Kingdom, mostly thanks to the unfavorable exchange rate, which the Spanish product has benefited from. Throughout the season, Sicilian growers face the challenge of constantly delivering volumes to ensure that the product remains present on the European supermarket shelves. Despite the disappointing production volumes, the season is going well. The campaign is expected to last until the end of April, ending one month earlier than in previous years.

The export has recently been a big topic of conversation in the Italian citrus sector. This is partly due to the media attention to blood oranges and the start of trade relations with China. Several containers have already been shipped to China. More volumes could soon follow, also by plane, thanks to the bilateral approval of the phytosanitary protocols.

In week 9, oranges were sold at stable, slightly rising prices. The first transactions with the Sanguinello variety also took place in the Syracuse area. The variety is meeting the expected quality requirements in terms of both color and size. Prices are higher than in previous seasons. Negotiations in the Catania region have been carried out satisfactorily. There is a good demand and prices are stable. Only in the area of Taranto has there been a price increase, thanks to a stable supply in combination with a rising demand.

Germany: Spain dominates; Egyptian season just starting
While the volume of Spanish Navelinas has declined considerably in recent weeks, the Lane Late is on the market in large volumes. The Spanish Navel, Navelate and Salustiana also play a relevant role in the current wholesale market. The demand for Turkish and Moroccan varieties, however, has fallen because of their poor quality. Egypt is also gradually coming onto the market: These oranges are in great demand in the German wholesale market because of their relatively low price (0.50 Euro per kilo). In the case of organic oranges, Italy and Greece are the ones determining the supply. Italy (Sicily) is currently supplying a new (red-colored) variety in southern Germany under the name Fischer Navel. For its part, Greece is going through a difficult season, with low volumes due to exceptionally bad weather in January and February.

Although Italy is hardly mentioned when it comes to normal oranges, the blood oranges from the Italian growing areas are particularly sought after. The Moro and Tarocco are traded in large volumes and at good prices. The Spanish and Moroccan Sanguinelli complete the range of blood oranges. Lastly, the Cara Cara variety is also worth mentioning, especially since this cross between regular and blood oranges is steadily gaining ground in the German wholesale market.

Belgium: Trade revives due to colder weather
The citrus trade has revived with the colder weather. The too warm winter temperatures recorded so far had not done much for it. The quality of the oranges is good and stable throughout the season. Prices are currently good, while not on the very high side. According to a trader, Belgian customers prefer Spanish fruit to the Moroccan and Egyptian, despite the fact that the quality of the latter is improving. The prospect is that demand will remain stable in the coming period.

France: A season to forget
A trader from Perpignan says that this citrus season has been one they hope to forget quickly. “It was very, very bad. The prices were low throughout the year. This resulted in unsatisfied growers, who did not receive much money for their products. Some are now in very difficult financial circumstances. ”The trader himself mainly sells Spanish oranges from the region of Valencia. Calibers 1 and 2 are currently being sold in Perpignan for € 0.65 to € 0.70 per kilo. There is little demand for oranges and the supply is currently not that great. In addition to the Spanish, there are also some Portuguese and Tunisian products on the market.

US: Waiting to see how much of an impact the rains have had
“There is an above-average supply of Navels at the moment, but the calibers are much smaller than normal,” says a California-based grower. It has rained a lot in California. There have also been more frosts than usual, and it remains to be seen how the harvest will be affected by this. “The extreme weather may have taken a toll on the harvest. This could bring us back to a normal demand-supply position.” The bad weather in North America not only influences the harvest, but also consumption. “Consumers now think of soup rather than oranges. Fortunately, the demand is satisfactory on both the local and the export markets. ”The grower also says that in Florida, the majority of the harvest consists of juicing oranges, and that there are concerns about the quality of the Mexican harvest. The company is currently making the switch to Washingtons, Cara Cara’s and late Navel varieties.

Australia: Value of exports increased last season
The Australian grower organization Hort Innovation recently announced the figures corresponding to the previous orange season. During that campaign, which came to a close in June 2018, more than 526,000 tons were harvested. This represented an increase of 4% compared to the previous year. At the same time, the total value of the harvest increased by 12%, rising to $ 373 million. Export volumes increased to 190,000 tons and their value grew by 25%. Nationwide, oranges were the third largest export product for Australian agriculture, only behind almonds and table grapes.

Navel oranges represented 87% of the total orange production, with a production peak in the middle of the Australian winter. The summer Valencia orange accounted only for 13% of the total harvest. Although oranges are harvested all year round in Australia, the beginning of autumn is a quiet period for the sector. Blood and Cara Cara oranges represent less than 1% of the harvest, and 42% of all oranges were intended for the processing industry.

China: Imports of US production continues
Chinese growers are in the middle of the production season. In February, some orange production areas in China suffered from low temperatures, rain and snowfall, but this didn’t have too much of an impact on the overall production. The Shatang orange season is now over, which means that the price of the Orah oranges is a bit higher again. The supply of oranges is still high, because a lot is also imported, especially from Spain, Egypt and the US. Despite the tariffs imposed on US oranges, the import continues, although to a lesser extent than in previous years.

The demand for blood oranges is high this year, and prices are therefore good. The quality is better than last year. Mandarins are now also doing well on the market and at the moment they are supplied mainly by Sichuan.