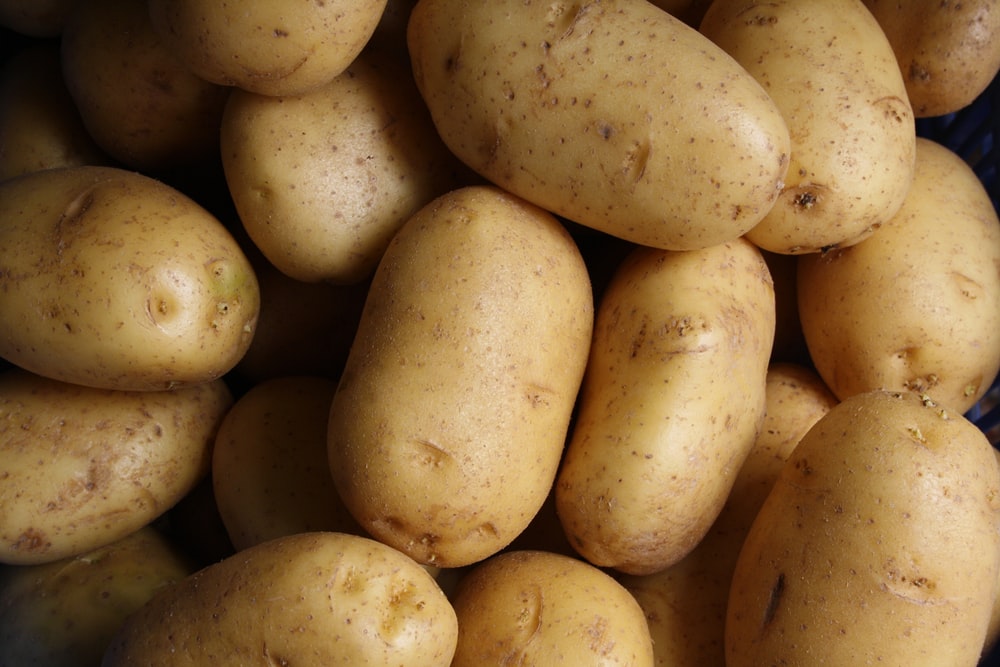 The dry weather has left its mark in Europe this year. There is little demand for potatoes on the market, although it is now starting to recover. The exports from the largest European potato producers, such as the Netherlands, France and Germany, are not going smoothly and many markets are currently choosing potatoes from other European countries because of the price. Spain in particular is benefiting from this with a good harvest and high prices on the market.

In North America, the prospects in Idaho are gloomy: yields and sizes are disappointing. The demand for potatoes is currently higher than the supply, and this is driving prices up. Washington is taking advantage of this, as the harvest there has good prospects. In Canada, the harvesting has been postponed in most regions. The province of Manitoba can expect a record production this year, one of the best ever.

Prices in China have also risen. The production is lower due to natural disasters. Markets in Southeast Asia are therefore also looking elsewhere. In South Africa, the prices for potatoes are on average higher than last year. The prospect is that the volume of this year’s harvest won’t differ much from the record harvest of the previous season. The sales volume is currently lagging behind compared to last year.

The Netherlands: Potato prices under pressure due to slow exports
According to Dutch potato traders, potato exports are currently lagging behind. The domestic demand, however, is starting to pick up a bit following a very quiet period during the summer heat, even though exports are not yet going very smoothly. That is why prices are under pressure. Prices at origin have fallen in recent weeks from 30 to 20 cents. Traders expect prices to fall further due to slow exports. Last year, Dutch potatoes were too expensive for exports to be smooth, but no one is expecting low prices either.”

Belgium: price recovery on the market
As a result of the dry weather, the potato yields are disappointing; and that despite the expansion of the acreage. Nevertheless, the yield is better than last year’s. After a slight fall, the price is now recovering somewhat. The potato market is currently under the full influence of the weather forecast. Besides, it is unclear what the impact of the heat will be on the potatoes and their storage.

Germany: Large supply pushes prices down on the domestic market
More than enough early domestic potatoes are currently available in Germany. The product is, however, traded between the various growing areas. In any case, the large supply is reported to be putting prices under pressure on the domestic market. As far as exports are concerned, the usual destination markets are choosing for goods from neighboring countries, as they are a lot cheaper in terms of price than Germany, reports a trader. However, it should be noted that by the time the main harvest starts, prices will again be somewhat on par with the international level.

The main harvest in the organic sector will also start shortly (expected in early September). Currently, the demand for organic potatoes – in line with prior prospects – is still relatively low. In the long term, organic potatoes will achieve an interesting growth, while the market share of the conventional declines. Parallel to this, after years of stagnation at around 8,000 hectares, the acreage is also growing considerably. Nevertheless, this large growth is expected to take place mainly in the processing industry, as there is also an increasing demand from the German hospitality industry for easy to prepare, organic potato products.

Austria: Quiet market
There is talk of a quiet market in Austria, with producer prices oscillating between 30 and 37 Euro / 100 kg. It is suspected that the demand will increase again in the coming weeks, coinciding with the falling temperatures.

France: Low demand leads to low prices
The potato harvest started four weeks ago in France. There is currently little demand from the French market due to the warm summer weather; however, potato prices are fluctuating strongly in the market. The further the season progresses, the higher the yield per hectare. At the end, however, there will be a clear difference between irrigated and non-irrigated areas. The yield on the areas with irrigation will be considerably higher than that obtained by growers who don’t have this option. The quality of the French potatoes is still good at the moment.

Spain benefits from the dry weather in Europe
Due to the dry weather, production in Europe is low. The EU’s most important producers, such as the Netherlands, France and Germany, have seen their export figures fall. The harvest has been better in Spain, and due to good prices on the international market, the country has exported more potatoes. The harvesting is currently underway in the region of Castile-Leon and this year the crop is the most cost-effective product. After a period of shortages a few weeks ago, as a result of which prices doubled to € 0.58 / kg, the supply and the demand are recovering. The average price in July this year was around € 0.29 / kg, while last year it was € 0.27 / kg.

This year, due to the weather, the roles usually played by France and Spain have been reversed. France is normally self-sufficient in potatoes and Spain is its largest market. Now Spain is exporting potatoes to the neighboring country. The harvest in France is about to begin, but the heat waves could have an impact on the yield and quality of the potatoes. This is leading to uncertainty for Spanish importers.

United States: Lower yields and smaller sizes, but not in Washington
The new potato harvest in Idaho is starting next Monday. The prospect is that both the yield per hectare and the size of the potatoes will be lower than last year’s. Some growers speak of a 30% drop. A wet April delayed the sowing of the potatoes, while a cold summer ensured that the potatoes could not grow optimally. Twice in June frosts were recorded, which did no good to the potatoes. The harvesting has been delayed by a week. The old harvest was finished last week. In the Skagit Valley, in Washington State, the new harvest is scheduled for August 26. The growing conditions are “almost perfect,” with beneficial rainfall nicely spread out. The yield will be close to the average and a good quality production is expected.

The price is high compared to last year. “On the market, you now pay $ 19 for a 40-count box from the old harvest. Last year, this figure was $ 10.50, and you paid $ 11 and $ 13, respectively, for a 50- and 60-count box. Normally, prices fall a little during the harvest season because more players enter the market. With the lower yields and sizes, I do not expect the price to fall like in the past.” Washington potatoes are benefiting from this high price on the market.

Canada: Harvest in Manitoba could become one of the best ever
Most old stocks of potatoes are running out this week. The new harvest is about to begin, but it is being delayed in some parts of the country. The new harvest in the province of Manitoba could become one of the best ever. Dry weather has been recorded in many parts of the country this season, but there has also been rainfall in recent days. In some parts, such as Alberta, however, there was excessive rain. A large number of growers have switched to irrigating their potato fields this year.

China: Typhoon reduces potato harvest, higher prices on the market
There is year-round potato cultivation in China, which means there is also supply available throughout the year. Given that there are many growers in China, competition is fierce, and that pushes prices down. Currently, the price for potatoes is going up slightly, as the Lekima typhoon has caused a lot of damage to the fields and part of the harvest has been destroyed. Shandong, a large production area, however, has not experienced much damage from the typhoon. It had most of its potatoes in storage, so it was spared.

Much of the production is sold in China, because there is also a lot of demand for potatoes from China itself. A lot is also exported, especially to Southeast Asian countries. Taiwan and Malaysia are two major importers, but also very price sensitive. If the price goes up a little, other options are considered. Given the lower supply and slightly higher prices, the export volume to these countries has also declined. This year, more has been exported to Latin American countries, which showed a greater interest in the Chinese product.

South Africa: Volumes lag behind; higher prices
Looking at the cumulative sales volumes of potatoes, South Africa is 2.3 million 10 kg bags behind compared to this same time last year (68.4 million bags). The prospect is that 248 million 10 kg bags will be harvested this season, which does not differ much from last year’s record harvest. The yield per hectare is up, but also the production costs. The Western Free State, Limpopo, Sandveld and the Northern Cape are the most important regions currently harvesting potatoes The prices show an upward trend and now stand on an average of €2.10 / 10 kg (37 ZAR), taking the various markets and sizes into account. This is higher than the average price at this same time last year. There are indications that more hectares are being planted.