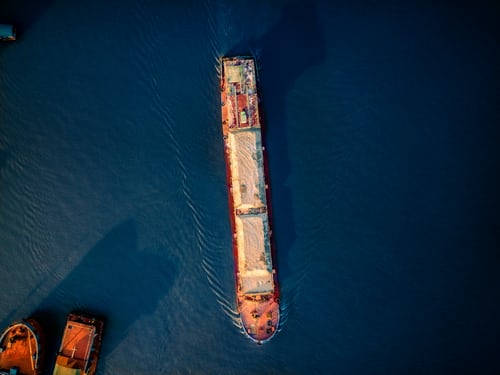 ‘Pandemonium And Disruption” – A Boost For Air Freight From ‘Ever Stuck’

Air, sea-air and rail freight demand is expected to rise significantly on Asia-Europe lanes as shippers try to avoid the chaos from the blocking of the Suez Canal by the Ever Given.

“Increased air freight demand is almost unavoidable,” said one European forwarder. “Even if the vessel was salvaged today there would be consequences and impact – air and sea-air will become more prevalent.”

But, he added: “Shippers will try to use rail to catch up time – but this is already oversubscribed.”

One Chinese forwarder explained: “Rail express has been overbooked so far on both eastbound and westbound. It’s very difficult to find space and severe delays happen quite often.”

So forwarders are expecting air – which traditionally thrives on chaos in supply chains – to take the brunt of the demand.

“If this goes on for another week, air freight, and fast-transit products for substitute and alternative products, components, raw materials, etc will be unavoidable, and, inevitably, the air freight market will go wild.

“If the big tub is not removed by this time next week, bedlam will be upon us,” said one. “Chaos, turmoil, challenges, mayhem, pandemonium and disruption are all words we will be using over the next two to three weeks, I suspect.”

Sea-air via Singapore is also expected to grow in response to the crisis. While rates have not recently been conducive for shippers, with sea and air on a similar level, forwarders are looking at developing a “better pricing” structure.

The forwarder said: “There will be growth in sea-air for sure. How much depends on the length of the closure, but the trauma afterwards will be significant in ports and there will be congestion. Three days’ closure will mean seven days to rectify.

“Watch the impact on European ports when the vessels start queuing, and how many berthing times will be missed? The impact is huge.”

The forwarder said it could be a “big opportunity” if the Suez canal was closed for a long period.

“From disaster and chaos comes opportunity in logistics – it’s where we deliver value. But customers will only start picking up on this from the middle of next week, I suspect.”

One source noted that the disruption began just before the start of Ramadan, “a real problem” as many Muslim countries begin to stock up with supplies.

Airlines however, were cautious over predicting greater demand. A spokesperson for Lufthansa Cargo said: “At the moment there are no side effects showing that freight will be shipped by air instead of sea. That might happen if the situation remains critical for the next weeks.”

A spokesperson for a Japanese airline also said it had yet to see any direct impact, but the number of inquiries was rising.

“If parts or materials supposed to be arriving in Europe are delayed, then production lines will be delayed. In that case, I would expect shippers to try to source material from elsewhere in the world, so we may see air cargo demand into Europe.”

Konstantin Vekshin, group commercial director for Volga-Dnepr Group, agreed the situation “may end up in some extra demand”, but he added: “We all know – air freight capacity is already fairly limited.”

Airlines are currently busy, transporting Covid-19 testing kits into Europe, as well as handling a booming e-commerce market; capacity is certainly an issue. Covid-related products flying into the UK have meant no more direct capacity into the country until 4 April, according to the Chinese forwarder, who added that “all rates to Heathrow have further increased”.

But charter brokers said they were expecting to see a rise in business. Steve Manser, director of Xpress-Logistix, said it had already started.

“Demand has increased even further from what we saw at this time last week. Rates are rising by the minute, and availability is disappearing; [this year] we’ve fixed several long-term programmes for customers through to the end of January in order that they have the required lift for their customers.”

Mike Hill, director at Air Partner, however, said it was too early to tell what the impact would be.

“It’s unclear how long it will take to remove the blockage. Sea freight, as you know, is suffering significant delays as a norm at the moment, so what’s a few more days?”

One UK forwarder said: “There will be lots of air freight, loads of the stuff.” But when asked if the grounding of the Ever Given had sent his office into chaos, he said: “No, it’s just another industry f*ck up sent to try us – or an attempt to keep the rates buoyant, unlike the Evergreen ship.”

Attempts to re-float Ever Given, rapidly renamed Ever Stuck by many in the industry, will continue over the weekend, but several experts have suggested the ship could clog the canal for some time.

Shipping lines have started to re-route vessels around the Cape of Good Hope, a journey which adds an extra week for ships coming directly from Asia, but two weeks for ships re-routing from the canal.