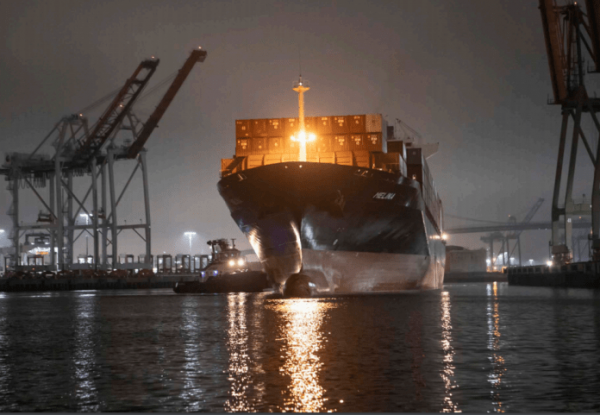 Post-CNY Capacity To Break Records In 2022

Sea-Intelligence has analysed the capacity deployed on Transpacific and Asia-Europe in the 12 weeks after the Chinese New Year (CNY) period, since 2017.

“Since CNY falls in different weeks in different years, to make each year comparable, we took capacity figures for the 12 weeks after CNY for each respective year,” explained Alan Murphy, CEO, Sea-Intelligence.

On the Asia-North America West Coast, deployed capacity is scheduled to be higher in nearly all of the post-CNY weeks in 2022, with some weeks reaching an excess of 100,000 TEU over the 2017-2019 average, according to Sea-Intelligence.

The “biggest issue”, however, is described in the following figure, which shows the average weekly capacity deployed on the trade lane across the 12-week period.

The figure indicates how much capacity has been flowing towards the West Coast ports in both 2021 and 2022 in the 12 weeks after CNY.

“With no slowdown in deployed capacity during CNY in 2022, this high level of average weekly capacity in the 12 weeks that follow, will put even more stress on the West Coast ports,” highlighted Murphy.

“Asia-Mediterranean was the only trade lane out of the four to stay in line with historical trends,” said the company’s analysts.

“In terms of growth, 2022 will see capacity grow by 20.2% annualised over 2019 in the 12 post-CNY weeks, while Asia-North America East Coast will see a staggering 40.1% increase, rising the likelihood that the East Coast ports will also start to feel the stress of additional cargo,” claimed Murphy.