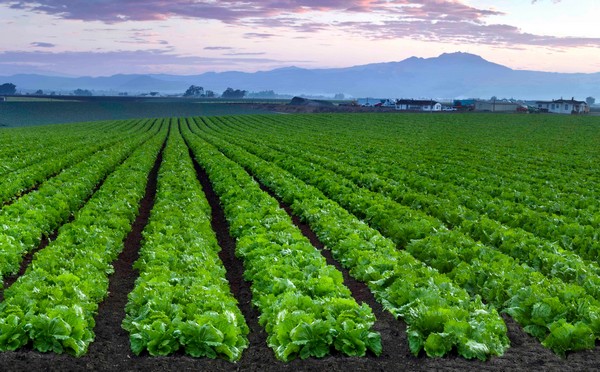 “The supply of iceberg is low at the moment industry wide. Yields are lower than normal this time of year due to disease issues,” says Pete Georgalos, Sales for D’Arrigo California. “We’ve also been through a couple of long heat waves this summer.”

Currently, supplies are coming out of the Salinas Valley, CA. “Canada has lettuce but supplies are winding down there. Iceberg lettuce out of Huron, CA start in mid to late October for shippers that still produce there. Our next district will be Yuma, AZ which starts in early November,” says Georgalos. “Supplies will likely not increase until Yuma gets into full swing on production.”

Along with Canada, competing product currently comes from Colorado and New Mexico.

Pressures on demand
Meanwhile solid demand is coming from both domestic retail and foodservice business as well as Canadian demand. “The biggest challenge is producing enough lettuce. It’s difficult this time of year and it’s late in the season to keep up with demand,” says Georgalos.
Of course, this is forcing prices to spike significantly. “The lettuce market is three to four times higher than last year at this time. This year the lettuce market has been $40,” says Georgalos.

He adds that in the next few weeks, not much is expected to change in terms of volume or quality. “Rain and other inclement weather can be factors impacting quality and yield as we move into October,” says Georgalos.