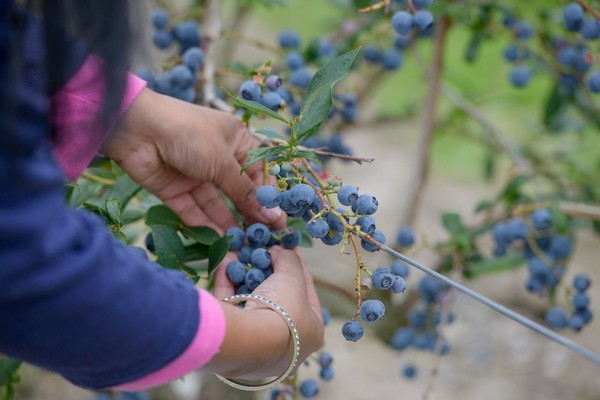 As the province celebrates its inaugural B.C. Blueberry Day today, British Columbia blueberry growers have experienced a slightly later start to the season.

“We’re delayed by about a week with our crop because the fruit is ripening a little bit later,” says Clara Moran, marketing and public relations coordinator of the Abbotsford, B.C.-based B.C. Blueberry Council. Moran adds that pollination has been good this year. “The delay is majorly due to weather conditions. It’s been really wet and rainy here and summer weather is really only starting now,” she says.

B.C.’s season usually runs from July to September. She notes that this season, which may run slightly longer into mid to late September, really kicked off last week.

Lower 2020 volume
Moran says that overall volume is anticipated to be at least 25 percent lower than last year’s yield, which was nearly 200 million lbs. This estimation is based on seasonal weather conditions and complications in securing labor.

The majority of B.C.’s blueberry workforce is made up of domestic laborers and additional support comes from seasonal agricultural worker and temporary foreign worker programs. B.C. is hoping to receive more seasonal and temporary farm workers and some were still arriving as late as two weeks ago. Any workers arriving to Canada are placed in a 14-day quarantine before they head to work.

Demand up for BC berries
Meanwhile there is demand for the fruit in customer homes. “People are home and want fresh, healthy things to eat so the demand is there. The supply might be a little lower, but the demand is still high,” says Moran. “The U-pick farmers are saying they’re experiencing even more demand than in previous years because customers are looking to enjoy quality family time in the outdoors.”

Looking ahead into the season, B.C. Blueberry Day on July 15, 2020 kicks off the B.C. Blueberry Council’s Go Blue BC virtual celebration, a month-long focus on B.C. blueberries that features kid-friendly activities, recipes from local chefs and interviews with the community’s growers and processors.

Fresh B.C. berries are available now with the Duke variety of blueberries ripening first. The Duke variety accounts for the majority of the crop. Bluecrop is a mid-season crop and then the Elliott, Draper and Aurora varieties will likely come in at the end of the season in August and September.