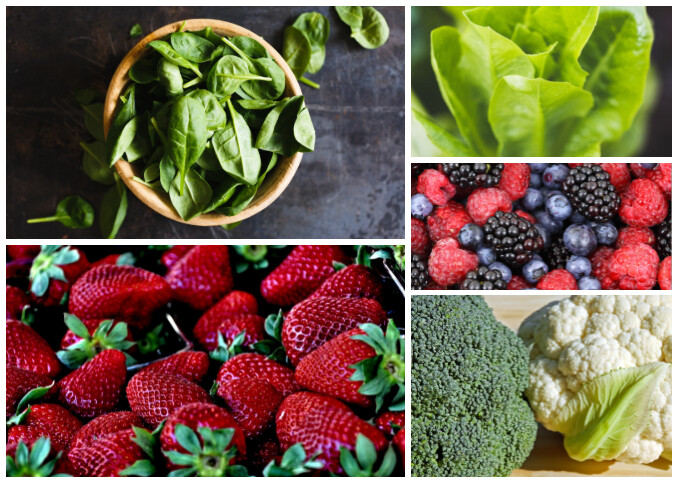 Salinas volume lighter due to rain

Crops of spring vegetables and berries are emerging after the winter’s rainy and chilly conditions, and growers are expecting California’s Salinas Valley to explode with activity in the next weeks.

Coastline Family Farms in Salinas, Calif., is finishing up spring vegetables such as broccoli and cauliflower, lettuces and some herbs that winter in Brawley, Calif., said salesman Mark McBride. He anticipates harvesting on the Central Coast to start in the next 10 days.

Volumes, however, will probably be down slightly because the fields were planted before the rains started, he added, causing “pretty erratic conditions.”

“Head size and yield, possibly in lettuce, (we expect) to drop after the first couple of weeks,” McBride said, similar to what others will likely experience.

Broccoli and cauliflower harvesting are underway, McBride said, and will pick up speed beginning April 8. Cauliflower continues to have an elevated market, but he expects “a lot of more affordable prices from the market standpoint and better volume” down the line.

For Salad Savoy Corp., Salinas, rain put a five-day gap between December’s scheduled planting times and when crops actually got into the fields, said CEO Seth Karm. The company grows kale, chard and cauliflower in Yuma, Ariz., over the winter and in Soledad, Calif., in the spring.

But the rain also benefits crops, he added. “Rain this year definitely has been pumping the soil full of nitrogen, so things are growing better than expected,” Karm said.

“We’re seeing some warmer weather, so if we get an errant blast of 90-degree weather, it’s going to really put us into high gear up here.” Most popular with customers so far this year are Salad Savoy’s Tuscan kale and its orange, purple and green cauliflower.

“We’ve been moving the heck out of that cauliflower to date,” Karm said. “It’s springtime — everyone’s looking for color. We generally see a nice bump from March to May every year.”

The company began planting in mid-January and February. “It’s coming on a little bit better; we’ve had a nice amount of rain, but not all at once,” Hall said. “The strawberries are looking really good, as there’s been lots of rain early.” Hall expects to have strawberries through to November, he said.

Salinas-based Naturipe Berry Growers continues to grow primarily strawberries on 1,300 acres in Salinas, as well as elsewhere in the state and in Mexico, said Craig Moriyama, director of berry operations.

While an additional 100 acres are set aside for organic strawberries, most production is conventional. March was a bust month for harvesting, he said, because of the rain. But now that it’s slowed, activity is back on course this month. “The early deal was rained out,” Moriyama said.

“Now we’re on schedule. We already started up a week ago (March 29), and it’s just going to ramp up through Mother’s Day, and then we’ll have a good summer deal.”
Quantities will probably not quite match last year, he added, when numerous days of low temperatures energized the plants and caused high production across several strawberry districts all at once, causing excessive supplies.

Production will be closer this season to typical production, Moriyama said, which is 8,000 to 10,000 trays an acre. The company expects plentiful supplies going forward.

“It’s going to be good opportunity for spring through summer for strawberries,” he said. “If retailers can do that, then the crop will move successfully.”