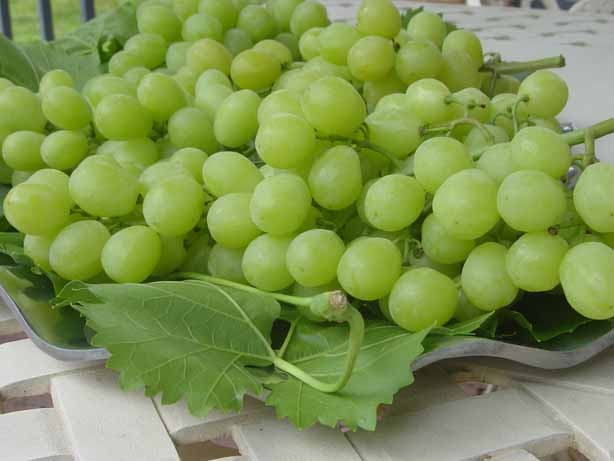 The South African table grape industry says it has regrettably had to postpone its first table grape trade promotion in China until next year.

“The result of the spread of the coronavirus has created conditions where we think it is best to delay the implementation of this campaign until next year,” says SATI spokesman Clayton Swart.

Swart states that the South African industry has great sympathy with the Chinese people for the loss of life and disruption caused by the virus.

“We hope that the situation will be normalised soon and that normal trade will resume,” Swart continues. “We regard China as an essential part of our future plans and have been building strong relations with the Chinese trade. We have great sympathy for what the Chinese people are going through.”

SATI’s first trade promotion across three regions in China was due to begin in early in March and, if successful, would have been the start of an extend promotion programme in the years ahead.

South African table grape exporters say they have cut back shipments to China and transshipped, where possible, to other destinations in the east where it has become impossible to service customers in China. “It would be irresponsible to continue with normal shipments under these circumstances,” they say.

The South African apple and pear industry says it hopes the situation will return to normal soon ahead of the start of the season.

One consequence of the effects of coronavirus is that the long-awaited new protocol for access of South African pears to China will probably not be signed in early March.

“It was going to be the final act with South Africa and China meeting next month to sign off on what we have been waiting for for a number of years,” says Jacques du Preez of Hortgro.

He says South African exporters have been planning to start shipments this year and South African pears would have been launched next month during a special ceremony in China.

“We now do not know when this will be finalised and we do not know to what extend we will be able to enter the market this year.”

Justin Chadwick of the Citrus Growers Association (CGA) has told citrus growers that there has been a lot of discussion at Fruit Logistica in Berlin on how the virus will impact the 2020 South African citrus season.

“With 140,000 tonnes of South African citrus exported to China in recent years, it would be devastating if buyers in China reduced orders as a result of the risk of low consumption,” he says.

“Consumers in many parts of China find it difficult to get around, impacting on sales rates and the operation of markets. There are reports of thousands of containers being held up in ports as trade falters. A further consequence of this is the positioning of empty containers, and the availability of equipment.”

Chadwick says that the first South African citrus estimate will be finalised in meetings with growers. “Generally, traders indicated that Southern Hemisphere citrus exports should enter an empty market, as many Northern Hemisphere producers are run short,” he concludes.