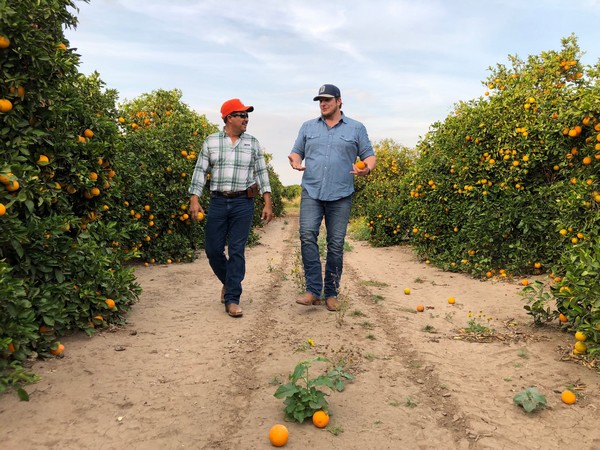 The Texas citrus season started on time this season, beginning in mid-October. Volumes are lower than they were last season, and the general citrus market is being challenged with an oversupply. Despite this, Texas is producing good quality citrus and has had a good growing season.

The weather this year has been fortunate for the citrus growers in Texas, according to April Flowers of Lone Star Citrus. She says: “Contrary to most areas of the country, we had a very mild winter. We had some untimely rain over the holidays which disrupted our harvest during what is typically our busiest time of year, but we are back on track now. Other than the rain over the holidays, the weather has been fairly cooperative.”

Lower overall volumes also were not an issue. Flowers explains: “While we have a smaller total volume, a larger percentage of that volume is able to be shipped in the fresh market. So we expect total fresh market shipments to be around the same as last year.”

She adds: “We have a good crop this year with grapefruit on average being a size larger than it was last year. Regarding Navels, they were big this year, but we are done with them at this point. We are also finished with our Marrs variety which are very small but very sweet. We are currently shipping Valencia Oranges and they are on average, medium size.”

Oversupply of citrus on market

The US is a major citrus producer, with the biggest producing states being Texas, California and Florida. Flowers says: “Florida has now recovered from the hurricane that damaged crops two years ago, and in addition to this, Texas and California have had two large crops in a row. Added to that is California’s inability to export to China and what we’re left with is a saturated market for the season. So, I would say that the market is depressed due to an oversupply of citrus, in general,” says T.J. Flowers, VP Sales and Operations.

Oversupply often takes a toll on pricing, and this citrus industry this year is no exception. “We opened with a soft market due to the overlap of the California and Texas seasons and have continued see prices fall as expected in a crop year burdened with so much supply,” says T.J.

While there is an oversupply, there does continue to be good demand. “We continue to see increased numbers and interest from the younger demographics for the Texas grapefruit, specifically. We are currently running our annual consumer promotion. This year, the promo is titled ‘Sweeter in Texas’ and highlights our Texas roots by partnering with popular TX influencers. These promos allow consumers multiple opportunities to engage with the Winter Sweetz brand and keep TX grapefruit top of mind during the sweetest part of our season,” April concludes.