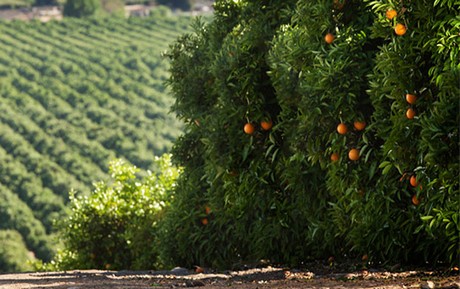 Slight dip in exports for citrus from Chile expected in 2019

Total clementine citrus exports from Chile in 2018 were estimated to be at 52,000 metric tons, and at the end of 2018 they ended up being 63,198 MT, up 54 percent from 41,000 metric tons in 2017, according to the Chilean Citrus Committee. This estimate for 2018 is about double the exports of 2014. Nontheless Chile has forecast a 3 percent drop in citrus exports for the 2019 season, with clementines responsible for the biggest decline.

The Citrus Committee of exporters’ association ASOEX said that clementine volumes would likely drop 8 percent and oranges by 3 percent. Lemon and mandarin exports are expected to be similar to last year.

However, the committee said it is expecting “very good production” in terms of sizing and quality thanks to favorable growing conditions in the Chilean area.

Juan Enrique Ortúzar, president of the Citrus Committee, said: “After a year of high production, the flowering is sometimes less intense. In clementines, we think there will be a drop of between 5 percent and 10 percent compared to last year.”

Oranges are forecast to come in at 97,000MT, down from 99,556MT last year. “In general, the challenge is to open new markets, and this season, to harvest fruit when it is ripe, without rushing, because it’s important to maintain a good level of quality to enter into good programs,” said Ortúzar.

He said that Chilean oranges would compete with California Valencias and South African navels. “The U.S. market has been growing, but as supplies have risen the prices have been dropping. But each season has its surprises and it’s still too early to anticipate,” he said.

Mandarins are forecast to see exports of 107,000MT, compared to 107,337 last year. This estimate comes amid high mandarin stocks in the U.S. However, Ortúzar said that “our challenge is to arrive with an impeccable product in terms of quality and size.”

Lemon exports are expected to come in at 88,000MT, compared to 88,361MT last year. Ortúzar highlighted that there is still a lot of fruit from California and Spain that creates challenges for Chile.

While Halos and Cuties are pretty much 85 to 90 percent of the market during the winter months, that percentage decreases significantly in the summer months and that is where the opportunity for Chile and other citrus producing countries lies.

Chilean clementines will be available primarily from mid-May to mid-August, while mandarins will be shipped from August to mid-November. Growers in Chile expect an increase from northern growing areas, as an increase in rainfall in the past year and expanding acreage has boosted crop prospects by about 20 percent compared with 2018.

“We also have companies in the IV-V region in Chile that benefit from very favorable location and weather and are having harvests as early as March in Clementines and as early as April for Oranges” said Ortúzar.

Chile controls the biggest share of U.S. summer easy peeler imports, according to 2017 trade statistics. This is led by more than 20 Chilean citrus producing companies in Chile.

Citrus from Chile is delivered primarily to the Philadelphia port in the USA, but Chile also exports to a few more regions worldwide like Canada, Europe and Asia.