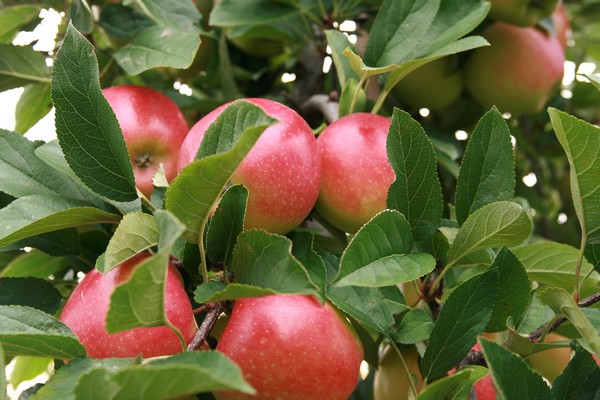 Harvest is close to finishing on the Washington apple crop that is seeing a drop in overall volume this year.

“However, the quality of our fruit is outstanding and we have been really pleased with the color, flavor and pressure of the fruit,” says George Harter, vice president of marketing for CMI Orchards based in Wenatchee, WA. “We expect good sizing which is paving the way for some great bulk fruit promotions this winter.” With the overall state volume being down on apples, the fruit is sizing much larger this year says Harter. 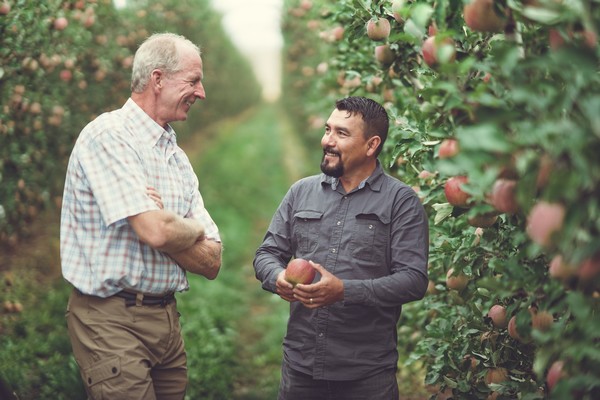 Tim Welsh (left) and Roberto Acevedo in a KIKU orchard.

Eyeing home bakers
Harter notes that of the group, Kanzi is an apple with both high acids and high sugar that is catching the eye of the culinary world and home cooks. “CMI is rolling out a big promotional campaign next quarter for retailers to capture more sales from the home baking target group,” he says. For CMI, the apple is grown in Washington State and sub-licensed to Applewood Orchards in Michigan under CMI’s umbrella.

In fact, overall, CMI anticipates a strong start to the season as retailers begin introducing new crop promotions, especially in anticipation of the holiday season. Growers also see the fruit factoring into a few consumer shopping and eating trends that have emerged since the start of the pandemic particularly.

“More people are working from home and have time to cook and are now eating three meals at home instead of one or two,” says Harter. “This has opened the door to a different blend of basket compositions at retail with a trend to more ingredient-based baskets vs. quick grab-n-go meals. It’s also affected the mix of food service versus retail distribution for our products.”

More focus on produce
In fact, as foodservice demand overall for produce has gone down given the closure of restaurants and other outlets, subsequent retail demand for fruits and vegetables have grown. “There’s also a huge global focus on health and wellbeing which has sparked renewed excitement in produce,” says Harter. “There are huge opportunities to promote fruit and vegetables as part of a healthy living program. The produce section has become the most exciting part of the traditional grocery store that’s full of fresh ideas, innovative packaging and meal inspiration.” 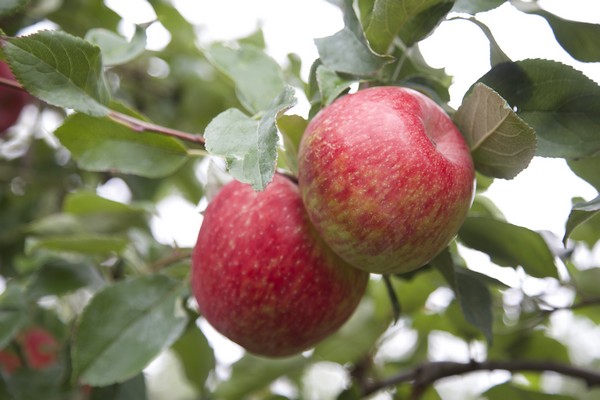 Honeycrisp apples on the trees.

That said, there are continued challenges for apples in that section. “Shelf space is more limited than in the past and our biggest challenge is securing precious shelf allocations for our products and to entice retailers to jump on the opportunities that high-flavor managed varieties of conventional and organic apples offer for incremental sales,” says Harter. Once space is attained, then it’s about managing in-store promotions. “Standard point of sale signage is good but an in-store display is even better,” he adds.

Better promotions to attract consumers is key with managed varieties. “A big challenge for the industry in general is enticing a consumer stuck on one variety to trade up to a higher value item,” says Harter. “A shopper that wants four apples will have a bigger basket ring when purchasing four higher-priced apples versus four apples that are value items. The key to helping consumers make this leap into the higher-priced items is signage that tells the story, describes the flavor attributes and makes shoppers understand why they should pay more.”

In turn, all of this is leaving pricing steady for now on apples. “We anticipate a tightening of supply with the smaller state-wide harvest which could impact industry FOBs as demand increases,” says Harter.