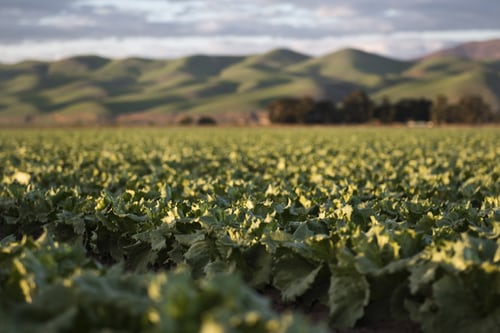 Some Growers Plow Under Fields As Fruit, Vegetable Demand Disappears

Play VideoFrom fresh produce being plowed under to unharvested crops sitting untouched in fields, fruit and vegetable growers are the latest agriculture sector facing fallout from COVID-19. ( The Packer )

From fresh produce being plowed under to unharvested crops sitting untouched in fields, fruit and vegetable growers are the latest agriculture sector facing fallout from COVID-19.

“The losses due to the shutdown of first the food service sector and now the slowdown in retail have just been swift, staggering and devastating,” says Lisa Lochridge, of the Florida Fruit and Vegetable Association, during an interview with The Packer’s Tom Karst.

Lochridge says produce growers are grappling with fresh produce left without a home. As costs aren’t budging and demand dwindles, it’s now so dire that some are forced to destroy their crops in the field.

“There’s nowhere for the product to go, and so some growers are having to make very difficult decisions to plow their crops under, others are doing direct to consumer sales, just anything they can do to find an outlet for their crops,” she says.

Growers say while they can walk away from some fields, a lot of the produce is already picked, meaning the cost of labor is already there, leaving fewer choices of what to do when demand disappears.

“We’re in that situation with asparagus right now,” Shay Myers of Oregon-based Owyhee Produce told The Packer. “We just started picking late last week, but we started packing today, and that’s one of those crops that if we don’t have a market, we can kind of walk away from that field. The difference between onions and potatoes and storage crops is they’re already harvested. Those were harvested months ago and put in storage. The investment was already completely made. So, the only option at that point is to pack it or dump it. You can’t just walk away from that field. It’s a little bit different.”

Wish Farms grows berries in both Florida and California. They berry grower says the oller-coaster ride in demand started in March.

“Particularly on strawberries, we were towards the end of our strawberry season, but we saw a massive surge in volume in mid-March when there was a lot of panic buying going on, followed by a complete dropping off the cliff of any demand at all,” explains Gary Wishnatzki, president of Wish Farms.

As a result, harvest at some of Wish’s farms was shut down, as they were losing more and more orders.

“The berry sector has been impacted overall in a negative way, and that’s because, in my view, it’s a little bit of an impulse item for shoppers,” he says.

Florida Fruit and Vegetable Association says while some growers are setting up roadside stands and doing whatever it takes to get nutritious crops to consumers, the Association is making a plea to USDA for help.

“We as an association have joined other associations across the country in asking USDA to use its Section 32 purchasing power to buy this produce and distribute it through its feeding programs,” says Lochridge. “But as we know, that takes some time and the clock is ticking.”

USDA did unveil a coronavirus aid package for agriculture, which includes $2.7 billion targeted to the fruit and vegetable industry. But as demand for fresh produce wanes and the unemployment rate grows American Farm Bureau Federation teamed up with Feeding America. The two groups asked USDA to help get the orphaned produce into the hands of those who need it most.

“We called Feeding America and asked them to join us on a letter that we sent to Secretary Perdue and USDA suggesting that they create some type of voucher program that might help a farmer be able to cover the cost of harvesting that crop and packaging it, that then might be able to be used at Food Banks and given to the people in need across our country,” says Zippy Duvall, President of American Farm Bureau Federation.

While fruit and vegetable growers search for a solution to the overflowing produce, some say one fix would be to stop produce from coming in.

“It’s going to be a bloodbath,” says Sam Accursio, a farmer in Homestead, Fl. “We need to have consumers demand Florida produce. And then as it moves up the chain, they have to demand American produce from Georgia, South Carolina, North Carolina, all the way up to the Northeast. Right now, we are still dumping squash in the field and our competitors from south of the border and Mexico are continuing to ship across the border. I think it needs to stop immediately and protect our food source.”

It’s not just fresh produce left in fields proving to be a challenge for growers, but fresh plants that can be sold.

“It’s just devastating on a fact of uncertainty,” say Chad Christians of Christians Farms. “We have no idea what’s going to happen and in May, that’s 70% of our business, maybe 80% even. So, it’s quite catastrophic.”

The Christians family owns and operates Christians Greenhouse, a family business with roots in Michigan that started in 1972. They say there’s only a short window to sell flowers and plants. That’s because after June, demand for their products drops by 90%.

“We’re different than a lot of retailers because we’re not just losing four weeks or six weeks of income, or whatever they’re doing the stimulus based on; we’re losing a whole year potentially,” says Jeremy Christians. “The repercussions of this could be catastrophic.”

The Christians hope to open up in May, but with the Executive Order in place by the Michigan Governor, the state’s garden centers and plant nurseries are not deemed essential.

Michigan Farm Bureau and other ag groups have an ongoing action request, asking the Governor to allow garden cents to open back up, saying the economic benefit of those businesses is huge.

“It’s estimated that this industry, the retail value of it is 580 to $700 million in Michigan and employs over 9000 people,” says Audrey Sebolt, horticulture specialist with Michigan Farm Bureau.

From greenhouses growing plants, to growers raising fresh produce, it’s a plea for help; help they say is needed now.

“We know that they’ve heard us and we’re just hoping that the money starts coming sooner rather than later,” says Lochridge. “There’s a lot of need out there, not just from the produce sector, but all sectors of agriculture. So, it’s going to be a matter of figuring out how to allocate those funds. And we’ve certainly made our requests known as to what we feel like we need just in the short term to cover some of the losses and this is going to go on for quite some time.”

Helping recover some for the financial loss is an immediate need to help recover demand that continues to disappear.

“It would certainly help some, but truly, we just need people to start eating more fruits and vegetables and get those things back on their menus,” says Wishnatzki.