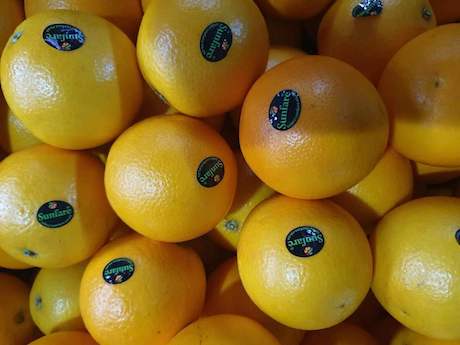 “Oranges from South Africa became available in China in mid-June this year. The initial supply was limited, and the season started later than in previous years. At the moment, prices are quite low, with navels at about 120 yuan per 15kg unit and summer oranges at about 130 yuan, much lower than the range of over 200 yuan in the same period last year. This is mainly due to the fact that the orange seasons in Egypt, Spain, and America are finishing later this year than in previous years,” says Don Lu from Yuanxing Fruit.

“The overall volume from South Africa this season is less than in previous years. The current quality is slightly worse, the color is yellower, and the fruit is softer. At the moment, the total supply of imported oranges is not low, especially considering oranges from Spain and Egypt are still in season. The market is indeed rather weak, but it is usual that the price fluctuates with the supply.”

“At the moment, supplies from South Africa are limited, this in part is due to the fact that seasons in other countries are finishing later this year, but it is also because the market is flooded with B grade fruit. As far as I know, the total production from South Africa this year is not particularly small, but the volume of grade A fruit is lower than in previous years.”

“We have several major suppliers for South African oranges each year. They have been working with us for many years, and we share a very close relationship and mutual trust. Although we have not invested in packhouses in South Africa, we participate in the design of the packaging. We have strict requirements for packaging design, from labeling to wrapping paper, from the design of the outer packaging labels to structure, in order to achieve the best balance between appearance and function. We market our brand exclusively and improve brand reputation and sales volume each year. We are open to potential suppliers who are interested in working with us based on long-term cooperation and mutual benefit.”