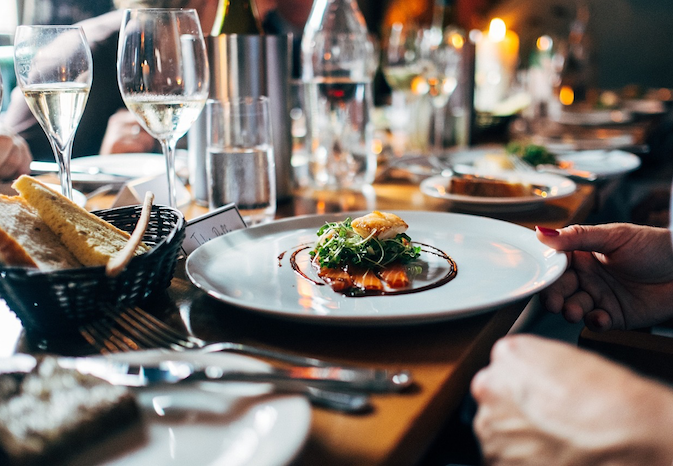 It’s happened with kale, avocado, and cauliflower: Fresh produce trends move through a menu cycle in an established pattern of inception, adoption, proliferation and ubiquity.

Although it’s early in gaining popularity, persimmon’s penetration into quick-service restaurants is expected to grow by 101% in the next four years.

That’s one produce trend forecast to influence the foodservice industry in the fall, according to the United Fresh Produce Association’s “Spring 2019 Fresh Insights for Foodservice,” which was the subject of a webinar May 17, led by the association’s Retail-Foodservice Board and research firm Datassential.

The webinar was moderated by Sarah Grady, strategic supply manager at McDonald’s and the board’s vice chairwoman. The meat of the discussion was based on Dataessential trendologist Mike Kostyo’s analysis of the new report.

Persimmon and many superfruits — categorized as “super” for high nutrient density — come to the U.S. from afar, Kostyo said.

“It’s harder to ship them fresh, so you’ll often see them frozen, and we see them in smoothies,” Kostyo said in the webinar. “Fresh always scores well with clients, be it in foodservice or retail, so if you can add that fresh option, absolutely work to make that happen.”

Before spring ends, there’s time to capitalize on both apricots and Swiss chard, according to the report.

Apricots are in the second phase, adoption, and Swiss chard is in the first, inception. Foodservice trends often first appear at the hands of innovative chefs at high-end restaurants, gradually spreading to mid-level, casual, fast-casual and then fast-food restaurants, which is when the trend has reached ubiquity.

So it’s no surprise that 26% of fine dining restaurants serve apricots, but just 4% of quick-service restaurants do. That penetration is expected to shift by 9% to casual and fast-casual establishments in the next four years, according to the report.

Researchers found that wraps serve as an ideal vehicle for delivering fresh produce, and that the most popular ingredients are spinach, arugula, avocado, quinoa and hummus. The popularity of an outlier ingredient for wraps, red cabbage, grew 44% in the last year, according to the report.

Pancakes are another good way for foodservice to incorporate, not only in-season fruit, but vegetables. Bananas, blueberries and buckwheat are somewhat obvious trending ingredients, but sweet purple ube and grassy green matcha are hot matchups too. More adventurous menus may use carrots or zucchini in savory pancakes or make them with potatoes. Lemon, mixed berries and blue corn are expected to see the most growth in pancake pairings in the next four years, according to the report.

Arugula, strawberries and asparagus are also top contenders in the race for chain restaurant ubiquity, with arugula leading the pack at a 34% growth rate in the last four years.

“I’m really paying attention to the rising popularity of functional foods,” Hudson said in the report. “I think we’ll continue to see more cruciferous vegetables on plates — same with mushrooms.

“Another thing I find fascinating is the overall acceptance of bitter flavors,” he said in the report. “Arugula and other bitter greens, radish and heavy roasted/charred vegetables are all adding to a chef’s arsenal in menu development.”

This is what the award-winning fast-casual corporate chef asks of his produce buyers:

Andrew Marshall, United Fresh’s director of foodservice programs and foundation partnerships, rounded out the webinar session by telling attendees what foodservice panels and speakers to expect at the United Fresh expo June 10-12 in Chicago.