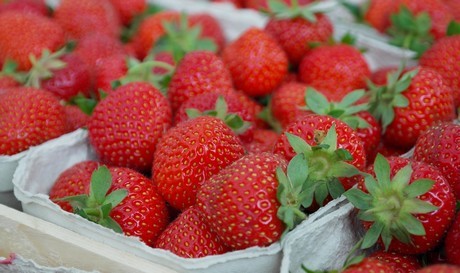 Supplies of strawberries from California are improving after a period of stagnant production. For the past month and a half, production has been hampered by rain, cooler weather and more recently, hot weather. This resulted in growers struggling to maintain consistent volume especially of fruit that is suitable for shipping longer distances. However, this situation is now improving.

“We’ve had extremely short supplies of strawberries for the past month and a half mainly due to weather,” said Jay Carreon of GW Palmer. “However, things are now getting back to normal and production is improving. We are also seeing better sizing from all regions. Shipments have been kept close to the West Coast but with fruit improving, there are more shipments being sent to the East Coast again.”

Carreon said that currently, the lion’s share of production is out of Salinas and Watsonville, while Santa Maria is still producing, albeit in a moderate way.

Prices should ease
During the period of short supply, market prices for strawberries climbed. Suppliers say prices approached the mid teens for several weeks. With production now stabilized, pricing has eased and looks set to ease further into next month, especially as consumer demand shifts towards some of the summer fruits.

“The market was very strong for weeks, with prices between $12 and $14,” Carreon observed. “Now we are seeing the market at $10, with some lots still at $12. Fruit is more available again and during the next month, we should see the market shrink as availability continues to improve. Normally by August, demand for strawberries slows because we see other fruits coming online such as grapes and melons.”

Santa Maria gearing up again
At the moment, Santa Maria is taking a back seat when it comes to strawberry production as the main summer producing areas of Salinas and Watsonville continue on strongly. Growers though are readying for a short burst of production beginning towards the end of summer.

“Santa Maria will be making a comeback by mid-August,” Carreon explained. “They have cut back some production for the summer period and now have plantings ready for the fall. This is only a short window for them however, with volume production spanning about a month.”