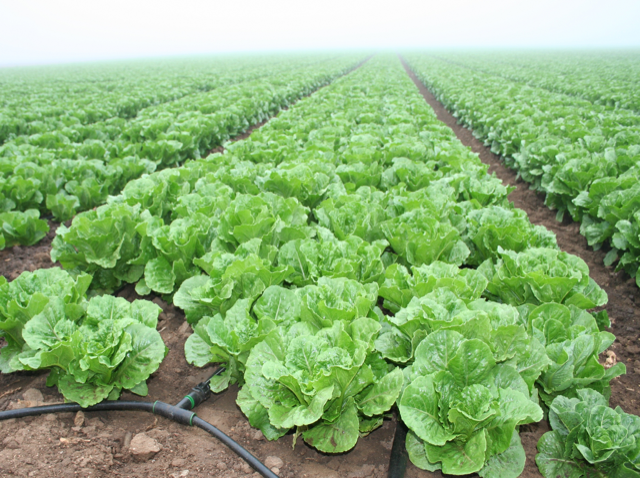 Just as in the previous season, this year seems to be a good year for lettuce producers. “There is a very good flow for all species: lettuce, batavia, oak leaves but also chicory (curly/escarole),” explains Olivier Barlaguet of the cooperative group Saveurs des Clos. “Prices have been good since November. Our clients are selling lettuce at around 70 euro cents [0.78 USD] a head.”

According to Olivier, the good prices are due to a decline in production in France. “Each year, producers plant less and less lettuce. The past 10 years have been very difficult in terms of remuneration for the producers. As a result, they have abandoned the lettuce for other productions. Like everyone else, we have also reduced our production.” Olivier explains that the lower supply has improved the situation on the market since last year. “This year, the situation on the market is positive, but the campaign is not over yet.”

Other favorable factors for the good dynamics of the current market
There are two factors responsible for the market going so well. “First, the cold temperatures came early in November, which means that there is even less lettuce available. Then, the weather conditions in Spain were also complicated this year.”

Olivier explains: “At the end of October, it rained a lot in the Spanish regions where lettuce is produced, so the Spanish volumes are much lower. This created a shortage on the market for the industry, as well as on the fresh market. Since then, industrials have been looking for lettuce everywhere, even from companies that normally only supply the fresh market. The prices in the 4th range are rather up. This is quite exceptional because in previous years, it was impossible to make prices go up.”

The current prices allow for a good remuneration of the producers. Olivier insists on the fact that we must maintain these good prices if we want lettuce to still be produced in the winter in France. “If we wish to continue the indoor production of lettuce in France, we must promote it.”

Saveurs des Clos sells half of its production on the fresh market. The other half is sold to industrials in France and abroad. The company exports primarily to Germany and Denmark. All the exported volumes are sold under contract.