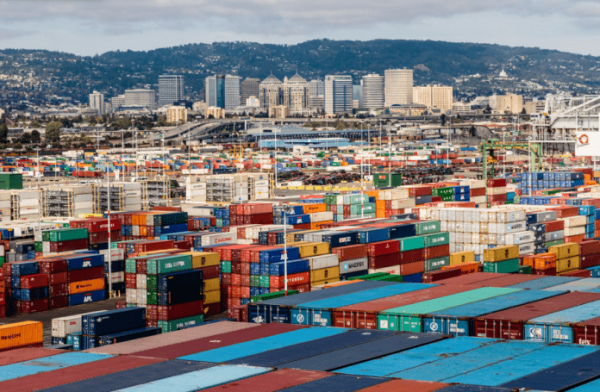 Trucker Protests Shut Down Operations At Port Of Oakland

Trucker protests that started Monday, 18 July, over the implementation of AB5 law have shut down operations at shipping terminals at the Port of Oakland. The shutdown is expected to further exacerbate the container congestion at the West Coast port, with port officials highlighting the need for terminal operations to resume.

“We understand the frustration expressed by the protestors at California ports,” said Danny Wan, executive director of the Port of Oakland. “But, prolonged stoppage of port operations in California for any reason will damage all the businesses operating at the ports and cause California ports to further suffer market share losses to competing ports.”

The trucker’s issue is the AB5 law. Truckers claim that the law makes it harder for companies to classify workers as independent contractors instead of employees, who are entitled to minimum wage and benefits such as workers’ compensation, overtime and sick pay.

A federal appeals court ruled that the law applies to about 70,000 truck drivers.

The California Trucking Association sued over the law, arguing that it could make it harder for independent drivers who own their own trucks and work their own hours to make a living by forcing them to be classified as employees.

AB5 is a state law adopted in 2018 that the courts have affirmed when the United States Supreme Court denied review of the law.

The Port of Oakland said that the State is now offering resources to help truckers comply with the law.

“Truckers are vital to keeping goods moving,” noted Wan, adding, “We trust that implementation of AB5 can be accomplished in a way that accommodates the needs of this vital part of the supply chain.”