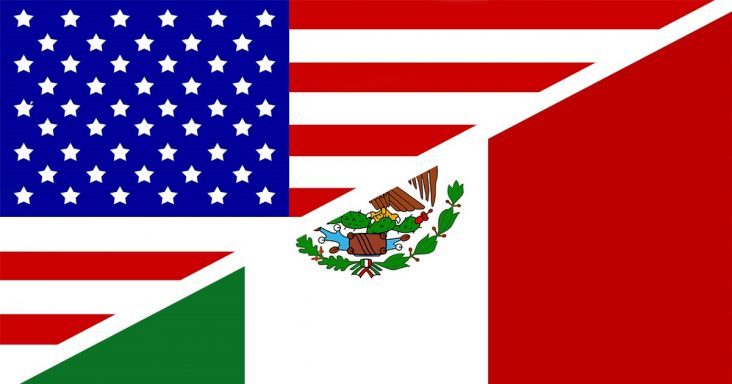 Trump Backs Off of Mexico Tariff Threat After Agreement is Made

President Donald Trump on Friday night backed down from imposing a 5% tariff on all goods entering the country from Mexico, instead reaching an agreement with the country.

On Twitter, Trump wrote that Mexico “agreed to take strong measures” to “stem the tide of Migration through Mexico, and to our Southern Border.”REAL LIFE. REAL NEWS. REAL VOICES.Help us tell more of the stories that matter from voices that too often remain unheard.

He added that the agreement would “greatly reduce, or eliminate, Illegal Immigration coming from Mexico and into the United States,” but left it up to the State Department to provide further details.

The tariffs that were to go into effect Monday have been “indefinitely” suspended, Trump wrote.

I am pleased to inform you that The United States of America has reached a signed agreement with Mexico. The Tariffs scheduled to be implemented by the U.S. on Monday, against Mexico, are hereby indefinitely suspended. Mexico, in turn, has agreed to take strong measures to….234K5:31 PM – Jun 7, 2019Twitter Ads info and privacy86.1K people are talking about this

….stem the tide of Migration through Mexico, and to our Southern Border. This is being done to greatly reduce, or eliminate, Illegal Immigration coming from Mexico and into the United States. Details of the agreement will be released shortly by the State Department. Thank you!
183K5:31 PM – Jun 7, 2019Twitter Ads info and privacy57.4K people are talking about this

The U.S. State Department announced details of the U.S.-Mexico deal on its website late Friday night.

Beginning immediately, anyone crossing the southern border in search of asylum in the U.S. will be “rapidly” returned back to Mexico, where they will be required to wait as their asylum claims are processed, according to the State Department.

In return, Martha Bárcena, Mexico’s ambassador to the U.S., said in a tweet that Mexico would strengthen its own immigration laws and “provide job, education and health care for people who wait in Mexican territory for the end of their asylum process in the U.S.,” according to a machine translation.

The State Department confirmed those details and said Friday that the U.S. would accelerate the adjudication of the asylum claims and to “conclude removal proceedings as expeditiously as possible.”

Mexican Foreign Minister Marcelo Ebrard also confirmed those details with Mexico’s Spanish-language news site Político, saying those who seek asylum in the U.S. would be returned to Mexico. Ebrard emphasized that this agreement involved coordination from both the U.S. and Mexico.

Mexico also plans to deploy national guard troops to the U.S.-Mexico border, according to a Google translation of Político’s reporting.

The State Department said Mexico’s national guard would be distributed throughout Mexico in order to curb “irregular immigration” and take “decisive action to dismantle human smuggling and trafficking organizations.”

Both countries vowed to share information and carry out coordinated action to secure the border. If these policies do not have the expected results, both countries agreed to continued discussions to plan further actions.

U.S. Secretary of State Mike Pompeo thanked Ebrard in a tweet for the successful negotiations, saying the U.S. was looking forward to honoring the commitment “to reduce the flow of illegal migration out of Mexico so that our southern border is strong & secure.”

We thank FM @m_ebrard for his hard efforts to negotiate joint obligations that benefit the US & Mexico. We look forward to working alongside Mexico to fulfill these commitments to reduce the flow of illegal migration out of Mexico so that our southern border is strong & secure.
10K6:14 PM – Jun 7, 2019Twitter Ads info and privacy3,527 people are talking about this

On May 30, Trump had threatened to impose tariffs unless Mexico stopped illegal immigrants from entering the United States. “Mexico cannot allow hundreds of thousands of people to pour over its land and into our country ― violating the sovereign territory of the United States,” he said in a statement. “If Mexico does not take decisive measures, it will come at a significant price.”

Whether Trump could have legally imposed a tariff on Mexico because it was not bowing to his wishes on immigration is unclear.

Business groups and others had been considering suing Trump to block the tariffs, using the argument that it was improper use of the International Emergency Economic Powers Act. Further, Mexico is a party to the North America Free Trade Agreement, which eliminated most tariffs among the United States, Canada and Mexico and which was approved by Congress 25 years ago.

On Friday afternoon, the U.S. Chamber of Commerce released a statement listing 140 business and agricultural groups that opposed Trump’s tariff idea, ranging from the American Soybean Association to the National Retail Federation to the Window and Door Manufacturers Association.

“Tariffs on Mexican imports would harm U.S. consumers, workers, farmers and businesses of all sizes across all sectors, making us less competitive and undermining efforts to negotiate strong trade deals in the future,” the statement read. “We oppose unilateral tariffs and any subsequent retaliation.”

Trump had threatened to escalate the tariffs imposed unless Mexico complied with his demand to end migrant flows ― “to be determined in our sole discretion and judgment” ― going to 10% on July 1 and ultimately up to 25% on Oct. 1.

Economists, even those within his administration, had warned that doing so would throw a wrench into the economy just as voters start to pay closer attention to next year’s presidential election.

Trump claimed during the 2016 campaign that he would be the only candidate who could deal with illegal immigration, and that he would force Mexico to pay for a border wall. Instead, illegal immigration is at a higher level than it has been for a decade, and Trump failed even to ask Mexico to pay for his wall. He raided money from the Defense Department’s budget to start wall construction instead.