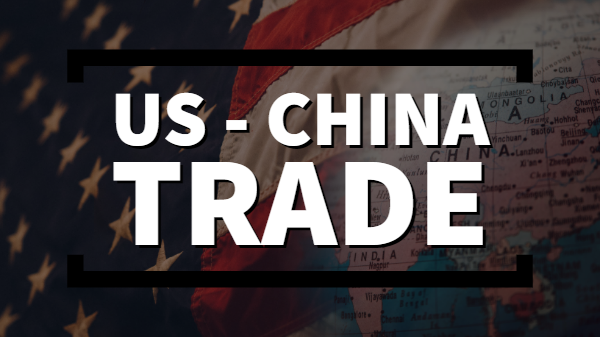 The United States and China signed a trade agreement today that should improve access for U.S. fruit and vegetable exporters. Overall, China agreed to buy $200 billion worth of U.S. exports in the first two years of this first phase of the deal. Agriculture expects to make up $12.5 billion this year and $19.5 billion in 2021.

According to the U.S. Trade Representative’s office, China has agreed to sign and implement a phytosanitary protocol to allow imports of U.S. fresh potatoes for processing, nectarines, blueberries and California Hass avocados.

The office sent out the following message on Twitter: “The U.S. & China have reached an historic & enforceable agreement on a Phase One trade deal that will bring structural reforms to China’s economic & trade regime in the areas of IP, agriculture, financial services, & tech transfer.”

President Trump said the nearly 100-page agreement is just the opening phase of a larger deal between the two economic powers.

The areas of agriculture included in the agreement are beef, pork, soybeans, corn, flour, wheat and cotton.

In addition to the agriculture section, other areas of the agreement include manufacturing, services, energy and intellectual property rights.

The association released the following statement:

“It was a real honor for USApple to be invited by the White House to this important ceremony,” said Colombini, a third-generation California grower and president of Lodi Farming, Inc. “Today’s agreement in which China is committing to large purchases of U.S. agriculture products is positive news. The U.S. apple industry very much wants to supply that market.”

The U.S. apple industry finally achieved full access to the Chinese market in 2015. Exports grew to 2.5 million boxes per year making China the apple industry’s sixth largest export market. But, according to USApple, continued retaliatory tariffs—now at 50 percent—imposed by China on U.S. apples, on top of already existing 10 percent tariffs, preclude growers from getting back into the China market. This is a substantial concern for the industry as China was an emerging market and one the industry viewed as having significant growth potential. USApple is optimistic that today’s signing of the U.S.-China agreement will help pave the way toward removal of the tariffs.

“We congratulate the Administration for negotiating and concluding this important agreement and look forward with expectation that China’s retaliatory tariffs on our apples will be removed,” said USApple President and CEO Jim Bair. “China doesn’t grow the new and exciting varieties we do, and we know their consumers want them, so we’re ready to roll.”

Prior to China’s retaliatory tariffs, Chinese importers were buying premium quality U.S. apples at top prices. “We were competing, and winning, with China,” continued Bair. “It was a real bright spot on the horizon. We are now hopeful that China will remove its tariffs, allowing U.S. growers to get back to doing what they do best—providing superior quality apples in a volume and range of varieties not available anywhere else.”