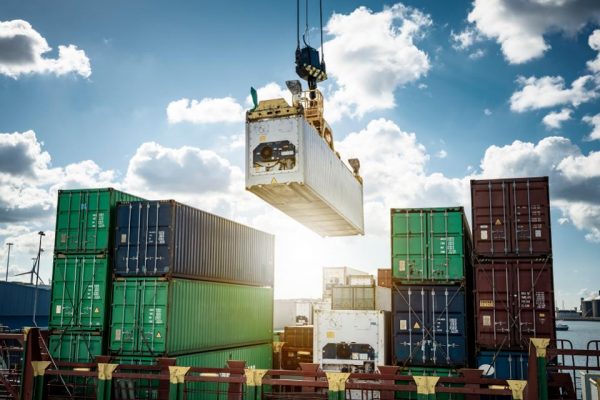 U.S. Exports To China Down For The Second Consecutive Year

The trade war sent U.S. exports down for the second consecutive year, but the 11.4% contraction to states’ exports to China in 2019 might actually look good compared to what is to come this year.

A global pandemic, which started in China, is shifting supply chains and has caused a demand destruction from end-users that may not recover fully this year.

China is still the third destination for U.S. goods, trailing Canada and Mexico. They imported $105 billion worth of Made in America in 2019, according to data released yesterday by the U.S. China Business Council (USCBC) in Washington.

The USCBC blamed business uncertainties caused by the trade war for the 11% drop in trade.

The Council’s report expects there was at least a 10% drop in U.S. jobs supported by China trade between 2017 and 2018. They expect the trend to continue.

Faced with lockdown quarantines on account of a virus first reported in China, the trade war with them is now a distant memory.Today In: Markets

Washington and Beijing are still discussing the already inked first round trade deal and the potential for a more significant second rounder.

Under the phase one deal, China said it would buy $200 billion worth of U.S. goods and services over what they spent in 2017, but it is unlikely to be able to pull this off as global trade has nearly ground to a halt since February with no signs yet of picking up. Merchant marine ships are sitting empty in China ports.

The Council advocates for the lifting of tariffs, something the Democratic Party is finding itself in the odd position of advocating for in an election year.

Many people from rust belt and farm belt states hit by tariffs have said in media reports over the last year that while they don’t like losing their China business, they understood the need to take China to task for its trade practices.

The top three states states that got hit the most by the trade war in terms of China sales declines were Washington, Texas and Mississippi, all tech and commodity hubs for China.

Washington state saw a whopping $9.05 billion decline from 2018 China sales; Texas saw a $5.4 billion loss and Mississippi, an export hub for midwestern soybeans, saw a $730 million shortfall in 2019 compared to the prior year.

Not all states suffered, though. Some saw an increase in China-bound exports.

One of the more interesting takeaways is China’s trade in goods over a 10 year period counting 2010 up to 2019 is quite low comparable to other countries.

Despite China’s economy growing solidly over that period, enroute to becoming the world’s leading economy if one is to take what the Financial Times and Davos Man says as gospel, U.S. exports to China rose by 16%, the least of any country listed by the USCBC.

Within the BRIC countries, export growth to Brazil was 21.6%, better than China.

China stands out most in services exports, of which education and travel are top of the list. China was ranked the third largest market for American education services and travel and tourism last year, behind Canada and the U.K.

Chinese students make up around one third of all international students in the U.S. Increased scrutiny of Chinese students and increasingly stringent visa requirements could lead to a decline in the next year of data and in 2020, especially if the pandemic postpones fall semesters as some schools, like Boston University recently said they are considering.