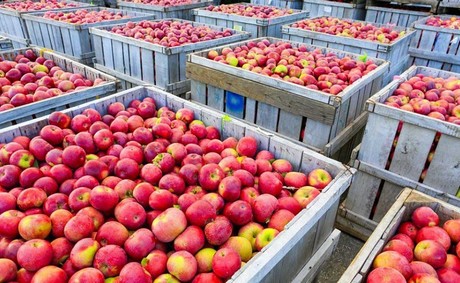 US Apple Exports, Value Down for 2018 Crop

“The past 12 months have seen trade quickly emerge as an issue that’s immediately impacted our bottom line,” said USApple Chair Kaari Stannard, president of New York Apple Sales and a grower. “Mexico and Canada purchase nearly half of our apple exports, good for a contribution of nearly half a billion dollars per year toward a positive trade balance. We need—we must have—continued free access to those markets.”

According to an Aug. 12 estimate by USDA, 253.1 million bushels for the 2019 apple crop would be the ninth largest since the government department began reporting apple production in the 1940s, reinforcing the need for access to top apple markets.

“With exports and income down significantly, and a large harvest already beginning, these numbers express the dire need to resolve the trade conflicts as soon as possible,” said USApple President and CEO Jim Bair. “There is not a day to delay.”

The industry continued the trend to adapt to consumer preferences by increasing production of Gala and Honeycrisp, which is expected to overtake production of Granny Smith with the 2019 crop. If the current trend continues into 2020, said Seetin, Honeycrisp could even move ahead of Fuji to third place in overall production. The 2019 top five produced apple varieties, based upon the USDA Aug. 1 estimate, are 1) Gala 2) Red Delicious 3) Fuji 4) Honeycrisp, and 5) Granny Smith.

“Red Delicious, while still an important apple variety, particularly for the export market, continues to lose share to other varieties,” said Seetin. After more than 75 years as the top grown apple in the U.S., Red Delicious was dethroned last year by Gala.