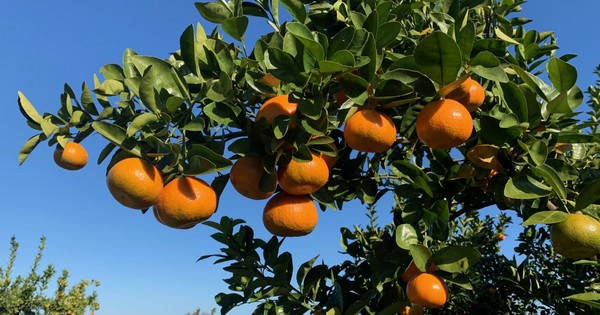 US: Current Volume Low on Mandarins and Clementines

This year’s domestic supplies of mandarins and clementines are getting underway with some lower supplies.

“The supply situation is very different from last year at this time where we had an oversupply,” says Veronique Sallin with IMG Citrus in Vero Beach, Fl. She notes that Florida is just starting with small volumes of Early Pride varieties as South America and South Africa shipments of mandarins are phasing out. “So currently on the market, supplies are very short,” says Sallin. “Chile’s production is down about 15 percent. California or Morocco clementines will not be on the market before November.”

Over at Ripe to You based in Reedley, Ca., Madalyn McCracken notes she’s waiting for Satsuma mandarins to come into maturity. “We’ve started shipping some specialty citrus varieties but we’re still a few weeks away from harvesting Satsumas,” says McCracken, adding that the Lil Ninja Kishu mandarins and Daisy mandarins will be ready in late November to early December. She does note that preliminary field checks show that supplies are similar to last season.

Multiple countries of origin
Supplies of mandarins, clementines and tangerines are now available year round with domestic California and Florida production and imports from Chile, Peru, Uruguay, Mexico, Morocco and South Africa. “Spain used to be a supplier to the U.S. market in the winter, but with recent 25 percent tariffs imposed on this origin, things will change,” says Sallin, adding that summer competition comes as well from Australia in small volumes.

Meanwhile, right now, there are still supplies of fruit from imported markets as the suppliers wrap up their seasons. “We anticipate significant competition in the domestic market as numerous new brands are entering the market for the first time this season,” says McCracken.

Photo: Ripe to You

As far as demand, with stone fruit and other late summer commodities come to an end, winter citrus will come into play. “We’ll spend these early season months planning and finalizing promotions with our retail partners,” says McCracken.

The pick up in consumption
Overall in the category, Sallin notes that consumption should go up this year with support from heavy promotion budgets allocated to the category by large producers in California. “The consumption convenience of an easy peeler, seedless for many of the varieties, and the consistency of taste have been driving sales increases,” says Sallin.

Yet, the question is: will the increase in demand match the large production volume increases that are anticipated in the future due to extensive young plantings in California, Chile, Peru and even China? “In agriculture, balance between supply and demand is never seamless. We can expect peaks and valleys,” says Sallin. “When a product becomes unprofitable due to lower market prices, acreages will be pushed to give way to more profitable commodities.”

However some regions, such as Florida, are working on variety development that consumers will see down the road. “Florida’s seeing new varieties of easy peelers being planted such as Tangos and Orris which are produced in other areas of the world but new to Florida,” says Sallin. “Bingos is another new variety planted in Florida.”

Yet, for now, as the mandarin supplies thin out, prices are likely to push up. “They are now $36-$38 per carton when they were in the mid $20s last year at the same time,” says Sallin. The shortage of this type of citrus will likely remain until California gets started.