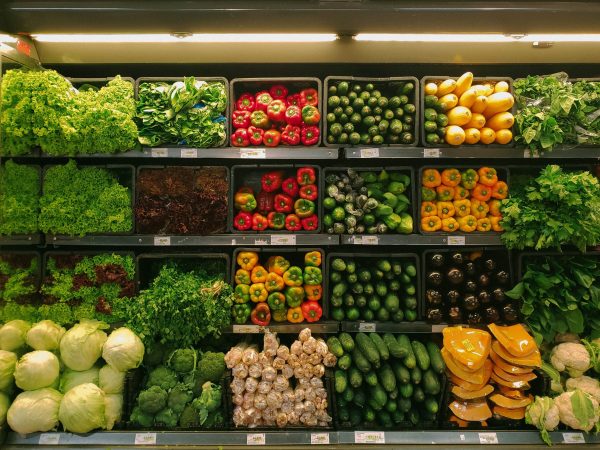 Food inflation remains extremely high and consumers are feeling the pain. They are making changes to their restaurant engagement as well as their grocery purchases, according to the August IRI survey of primary grocery shoppers.

“In the fourth quarter of 2021 and the first quarter of 2022, fruit grew much faster than vegetables,” explained Parker. “In July, fruit and vegetables came in at +4 percent dollar growth, each. In August, vegetable growth moved ahead of fruit once more.”

“The year-on-year growth in fresh produce (+4.2 percent) was far below the growth seen in shelf-stable and frozen fruits and vegetables in August,” said Watson. “This could be one of the signs of consumers moving into recessionary spending.” 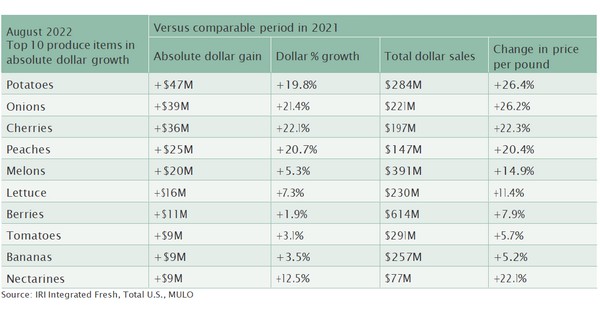 “The overall volume pressure in fruit is echoed by nearly all the big sellers,” Parker said. “Berries, that have been an incredible pandemic powerhouse, fell 5.6 percent behind year-ago levels. The deepest volume declines among the top 10 players were measured among mixed fruit and mandarins, but avocados and melons also backslid significantly.”

In August, fresh fruit added $119 million in sales and vegetables added $120 million when compared to August 2021. Potatoes, onions, cherries, peaches and nectarines each had inflation of 20 percent or more compared with the average price per pound in August 2021. Berries, tomatoes and bananas had inflation below the rate for total food and beverages and demand remained strong.