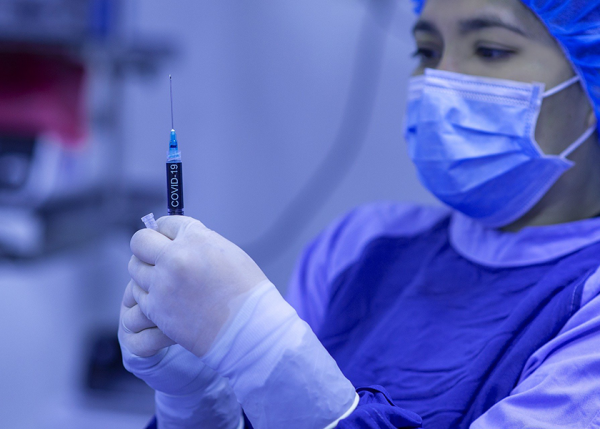 Fruit and vegetable growers in Washington state are urging the state to prioritize vaccinations for all farmworkers.

On Jan. 14, growers sent a letter to Washington Gov. Jay Inslee warning that failure to do so could cause a farm labor crisis.

The letter said the groups “support and greatly appreciate” the classification of agricultural workers as a high priority behind only health care workers and those with serious health issues in the state’s vaccination plan.

“However, we are concerned that the proposed timeline for vaccinating this population will not be complete before employment activity and temporary housing occupancy begins rising in early March,” the letter said. “Whether these workers are living in workforce housing or in private residences, which are often multi-generational and can be more crowded than state-licensed employer-provided housing, it would be better to complete vaccination of these essential farm and food workers before we approach peak seasonal agricultural employment.”

The groups recommended that Inslee:

Jon DeVaney, president of Washington State Tree Fruit Association, said the goal is to ensure workers are vaccinated “before our season really gets rolling.”
Growers are also concerned that expensive COVID-19 regulations related to farmworker housing may continue for a time after the vaccine is administered to all farm workers. The state recently extended the emergency housing regulations for three months; DeVaney said it is possible that farm workers will be vaccinated before then.

Under the state’s plan, older farm workers will begin receiving vaccinations in February. Vaccinations for younger workers could happen as late as April.
DeVaney said it makes more sense to do all farm worker vaccinations at a particular site at one time, rather than split the age groups.

He also said all farm workers should have access to the vaccine, regardless of age or immigration status.

“We want to make sure that we’re not segregating out certain workers as getting the vaccine and others not on the basis of their immigration status rather than on the basis of how much risk there is,” he said.

While the Northwest Horticultural Council was not a signatory of the letter, president Mark Powers said the council supports vaccination efforts.